Attorneys refer to Car Accident Dispute which are not clearly established as “he said she said” cases. In short, he said she said cases are those in which neither party can affirmatively prove or disprove their version of how the wreck occurred.

In the absence of a police report in which an officer assigns fault to one party or a video that documents how the wreck took place, these cases can become extremely difficult. Hiring a personal injury attorney is crucial in he-said-she-said Car Accident Dispute because they have the resources to investigate who was at fault and have the experience to translate these findings into establishing liability.

In these types of cases, you must rely on a combination of 3 factors:

Credibility is critical in winning any case. If the driver that hits you says that accident was your fault, but they don’t seem credible, the jury may side with your version of the story. Factors that affect a jury’s opinion of credibility include:

Throughout the case, you will be asked about the accident multiple times – by the responding police officer at the scene, during the insurance claims process, and throughout the litigation. If the story has many inconsistencies, the jury deems you to be less credible.

In any personal injury case, the jury knows that the parties (plaintiff and defendant) are inherently biased due to their stake in the result. That’s why it is important to have neutral witnesses (that have no stake in the result). If the other driver testifies that the accident was your fault but three neutral witnesses support your version of the events, then you will have a far better chance of establishing fault on the part of the other driver.

It is crucial that you get the name, address, and phone numbers of anyone who might have witnessed part or all of the accident.  Witnesses will sometimes be able to provide details such as the other driver’s behavior and actions before the actual collision (e.g. speeding, driving erratically or texting while driving).

If you are not able to find a witness, surveillance footage or any type of video footage such as footage from a dashcam can also be used to provide video evidence. With today’s improved technology, many street corners are lined with surveillance cameras. If your accident occurred at a major intersection, it is likely that a surveillance camera caught the accident. This footage is typically not available to the general public. An attorney or police will have the ability to request the footage and send a notice of preservation to protect the surveillance camera. If this is not done immediately, the footage could be erased or recorded over. This footage is critical to proving liability in a case.

Your attorney may choose to send out an investigator to the scene of the accident and can have an accident reconstruction expert examine the point of impact, skid marks, and debris left on the road to determine what happened.

How can Thompson Law help me win a contested liability case?

At Thompson Law, our attorneys have years of experience in handling cases with contested liability for car accident disputes. We have a robust team of investigators who will help to gather evidence that can help support your version of how the accident occurred. The attorney will then work with medical experts and review the police reports. Sometimes the physical evidence will help to prove the testimonies true or false in car accident disputes.

Both drivers may be asked to offer testimony under oath at either a trial or deposition. During this process, the attorney will be able to ask the tough questions and dig a little deeper to uncover inconsistencies or untruths in the other driver’s testimony.

Your attorney will negotiate with the insurance company. You want someone with years of experience to negotiate you are a fair offer. Thompson law has a number of former insurance adjusters on staff, so we are well prepared to handle the tricks insurance companies may use to try to lowball the settlement offer or attempt to deny payment altogether. Thompson Law looks forward to putting our vast experience to work for you in getting you the best outcome the law will allow in a contested liability case. 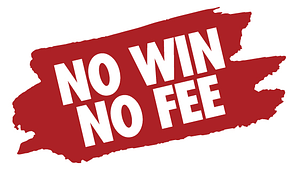